Skip to content
According to a United Nations report this Monday, the world’s population will reach 8,000 million people on November 15, and India will overtake China as the world’s most populous country in 2023. AFP

India is set to overtake China as the world’s most populous country by 2023, with the global population expected to reach 8 billion people by November 2022.According to data provided by the United Nations.

These estimates come after the COVID-19 pandemic has caused nearly six million deaths worldwide, while armed conflict, violence and persecution have forced the displacement of over a hundred million people.

To these tragedies must be added the effect of climate change and the denial of women’s rights in areas most affected by environmental disasters.It, in some parts of the world, “continues to threaten the lives, dignity, freedom and well-being of women and girls”.

“Let’s focus on each person. About making sure our world can meet our needs and the needs of future generations. Protection of human rights and the ability of all people to make informed decisions about whether and when to have children. About leaving no one behind,” UN Secretary-General Antonio Guterres said on his official Twitter profile.

The report, released on World Population Day, highlighted that global population growth in 2020 was below 1% and growing at its slowest pace since 1950.

For her part, the Executive Director of the United Nations Population Fund (UNFPA) Natalia Ganem promised. “A resilient world of 8 billion people” that “upholds individual rights and choices” and offers “infinite possibilities for prosperity”. 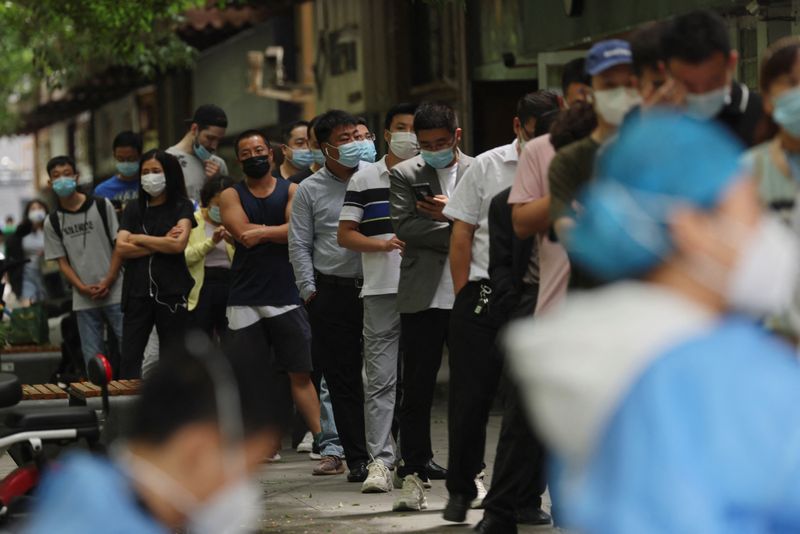 People line up to take a nucleic acid test at a mobile testing station following the outbreak of the coronavirus disease (COVID-19) in Beijing, China. June 13, 2022. REUTERS/Tingshu Wang

According to the United Nations Department of Economic and Social Affairs, the world’s population growth rate will continue to decline in the coming decades. The world population will be 20 to 30 percent larger in 2050 than in 2020.

The world population is projected to reach 10.4 billion in 2080 and remain there until 2100.. Of the total world population, half was from Asia’s population expansion, while Africa made the second largest contribution, nearly 400 million.

Likewise, according to a study by UNFPA, only ten countries contributed more than half of the population growth of 7,000 to 8,000 million. India is the largest contributor, followed by China and Nigeria.

On the other hand, Africa and Asia will see a population growth of 9 billion in 2037. Currently, two-thirds of the world’s population lives in a country or region with an average fertility rate of 2.1 children per woman.

(With information from Europa Press and AFP)