On September 8, hours after Buckingham Palace announced the Queen had died at the age of 96, tens of thousands of tweets read the crown jewels and “Kohinoor” or “Kohinur” – meaning “mountain”. Light” in Persian – started trending on Twitter in India.

It is one of the most famous, largest and most controversial gemstones in the world.

The crown jewels contain some of the rarest and most expensive gemstones on the planet. However, the 105-carat oval-shaped diamond set in the Queen Mother’s crown in 1937 – with 2,800 diamonds mounted in its platinum setting – which is on display at the Tower of London, is undoubtedly one of the most important characters in the vast collection. , as well as one of the most famous diamonds in the world.

The crown of the Queen Mother of England houses the famous Kohinoor diamond. Some folklore believes that the Kohinoor bears a curse as a result of its 750 years of bloody murder, megalomania and treachery.

Several tweets using the term, including dozens of responses to Prime Minister Narendra Modi’s tribute to the late queen, called for Britain to return the Kohinoor diamond, as its acquisition is fraught with controversy due to its colonial history.

“Can India get back Kohinoor diamond/all stolen from British Museum?” one wrote on Twitter. Another said: “So when will those settlers return the Kohinoor diamond they took from us?”

This is not the first time that the diamond has been demanded back. However, none of the petitions have been successful and, according to experts, the chances of the United Kingdom returning the jewel are slim.

A point of contention in India-UK relations

The diamond has been at the center of political and legal controversy in India amid disputes over its ownership, with claims coming not only from India but also from Pakistan, Mughal emperors, Shahs of Iran, Amirs of Afghanistan and Sikh Maharajas. Apart from Koh-i-Noor, some crown jewels are also claimed from other latitudes. For example, from Africa, they listen to the big star of Africa. Pictured is the Great Star of Africa, the huge Cullinan diamond, on the king’s royal scepter and a large orb of amethyst on it. From Sketch magazine, published in 1937.

The Indian government, which gained independence in 1947, demanded the return of the diamond. Similarly, India claimed the coronation year of Queen Elizabeth II. Most recently, in 2016, according to The IndependentThe diamond was at the center of a court battle after an NGO petitioned the court to order the Indian government to return it.

At the time, the British media continued, the Attorney General, representing the Indian government, said the diamond was a “gift” and that it was “neither stolen nor taken by force”. However, later, the Indian Ministry of Culture “reaffirmed its decision to make all efforts to recover the Kohinoor diamond in an amicable manner”.

The Kohinoor, probably the world’s most famous diamond, weighed 105.6 carats when it was discovered in South India, probably in the early 1300s. TimeIt is believed to have weighed approximately 793 carats when it was mined in present-day Andhra Pradesh during the Kakatiya dynasty in the 12th-14th centuries. The first record of its possession was placed in the hands of the Mughals in the 16th century, before ending up in the British crown jewels, before passing into the hands of the Afghan rulers and then the Persians of the Maharajahs of Punjab. 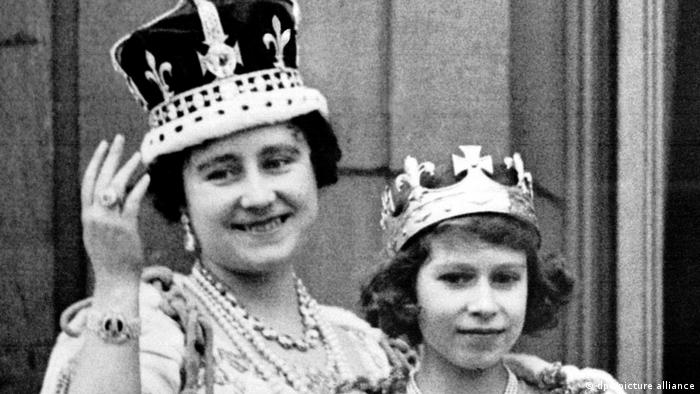 Following the coronation of her husband George VI on May 12, 1937, Queen Elizabeth and her eldest daughter Princess Elizabeth waved to the crowd from the balcony of Buckingham Palace.

According to American media, when the Punjab was annexed, the British (East India Company) acquired the jewel in the late 1840s after forcing the 10-year-old Maharaja Dunjeep Singh to resign his lands and possessions.

The company later presented the gem to Queen Victoria as part of the Treaty of Lahore. Prince Albert, his wife, had it re-carved and set in the crowns of Queen Alexandra and Queen Mary, and placed in the crown of Queen Elizabeth, wife of King George VI, to be worn at her husband’s coronation on May 12. , 1937 and is still in the British royal family.

As for its future, according to British media, the Kohinoor diamond crown will be worn by King Charles’ wife Camilla, formerly the Duchess of Cornwall and now the Queen Consort.