The monsoon has caused at least 41 deaths in India and Bangladesh and millions of people have been affected by the floodsOfficials said Saturday.

Floods continue to threaten millions of people in low-lying Bangladesh However, Experts say climate change is increasing in frequency, intensity and abruptness.

Much of the northeastern part of the country is submerged and troops are stationed to evacuate isolated people.

In India, a man carries others in a makeshift canoe (AP Photo / Anupam Nath)

Within hours, several schools were converted into emergency camps to accommodate residents in flood-hit villages. “The whole village was submerged in water on Friday morning and we were all isolated“, He said LockmanHis family lives in the village of Companiganj.

“After waiting all day on the roof of our house, the next door neighbor rescued us by a makeshift boat. My mother said she had never seen a flood like this in her life.The 23-year-old added. 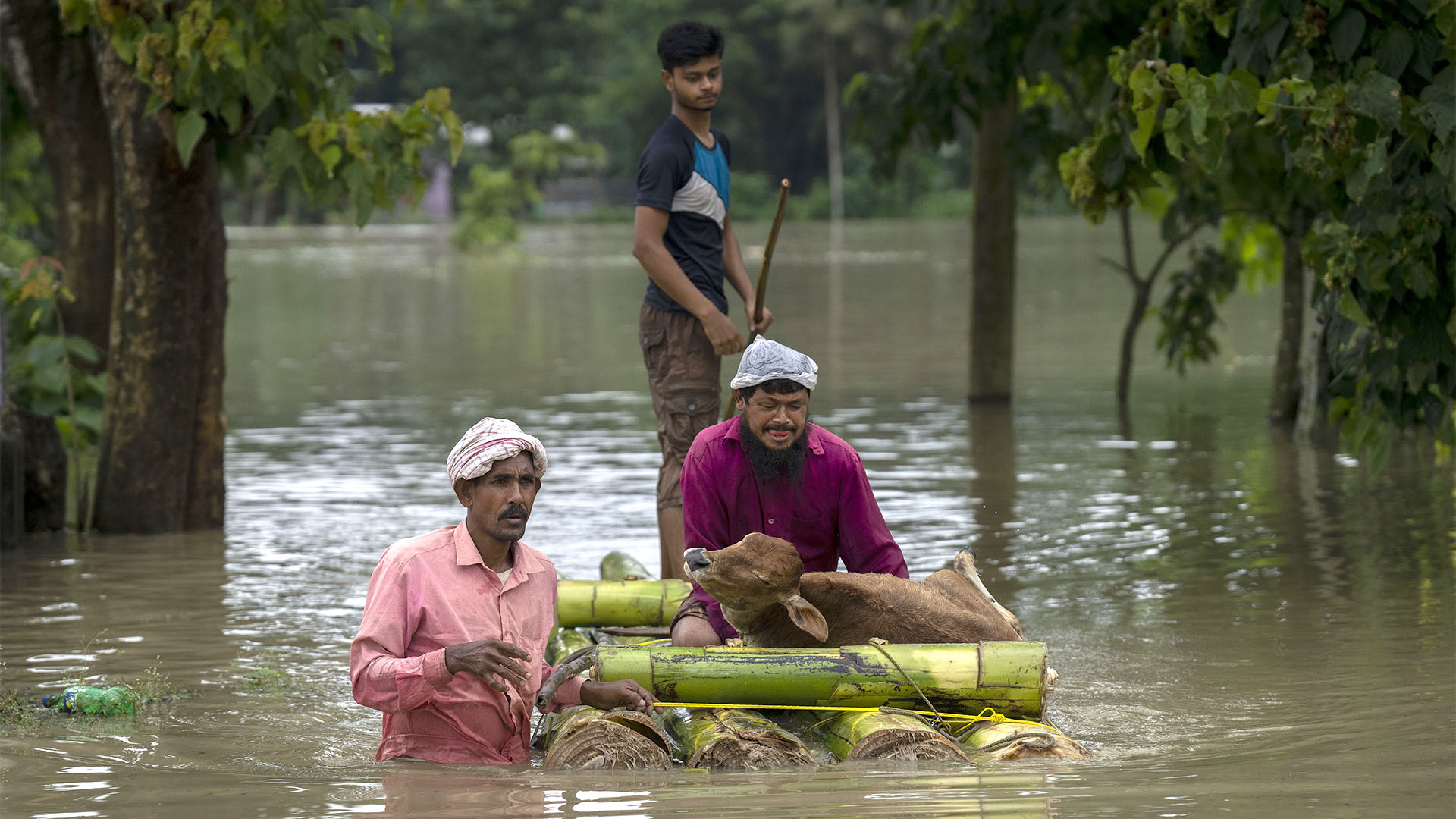 Without eating for two days

Actor asthma, Another woman who was rescued from the flood, explained that her family had not eaten for two days. “The water rose so fast that we could not carry any of our belongings“, He said.

From Friday, Heavy rains in Bangladesh have killed at least 21 peopleTold the news agency AFP Responsible for the police.

Three of them, aged between 12 and 14, were killed in Nandyal, local police chief Misanur Rahman said. 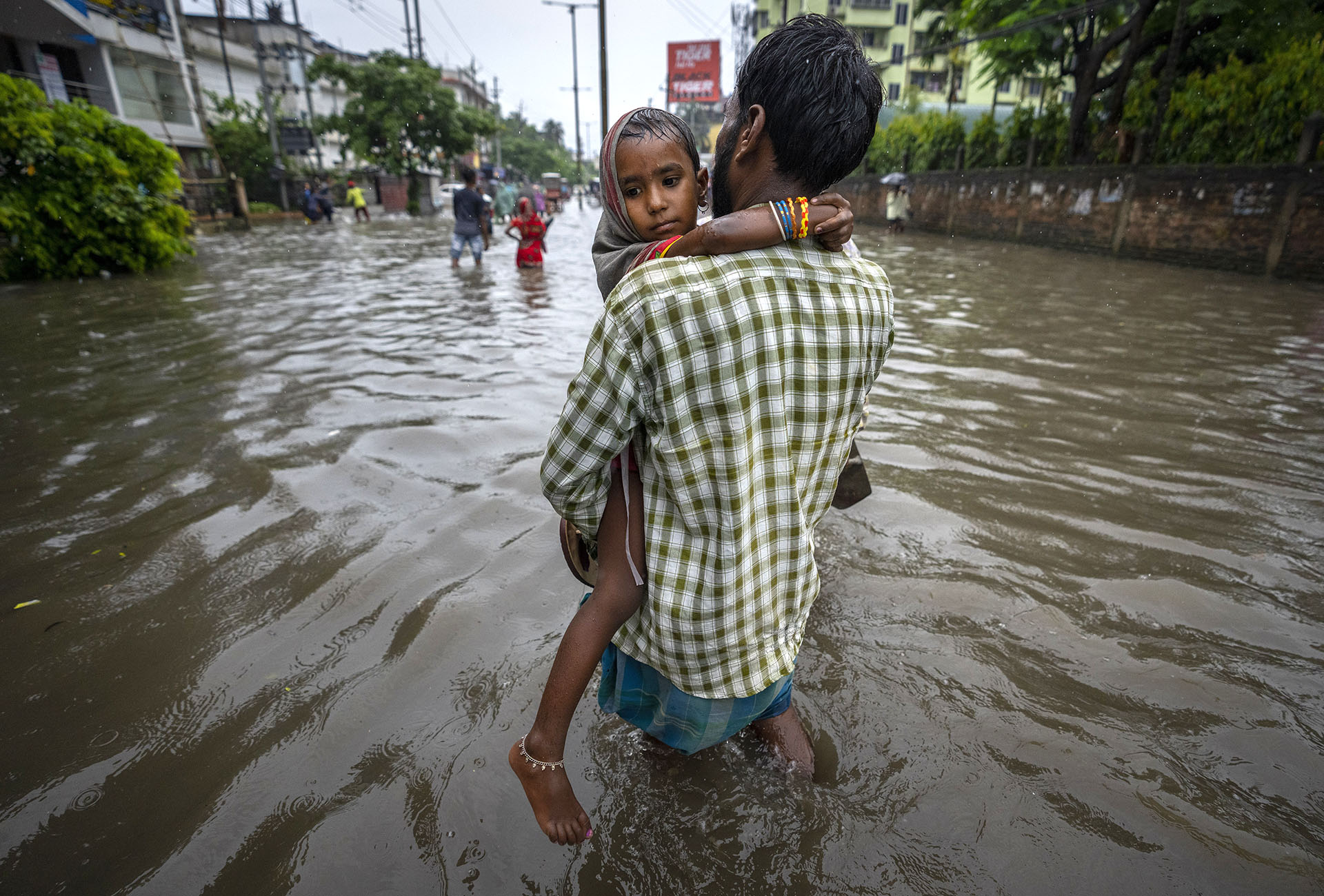 A man with a girl in India (AP Photo / Anupam Nath)

Four more people were killed in a landslide caused by a storm in the port city of Chittagong, police said.

In neighboring India, landslides and flash floods in the state of Meghalaya (northeast) killed at least 16 people on Thursday.The Prime Minister of the state Conrad Sangma said on Twitter.

In the state of Assam, More than 1.8 million people have been affected by the floodsRain for five consecutive days. 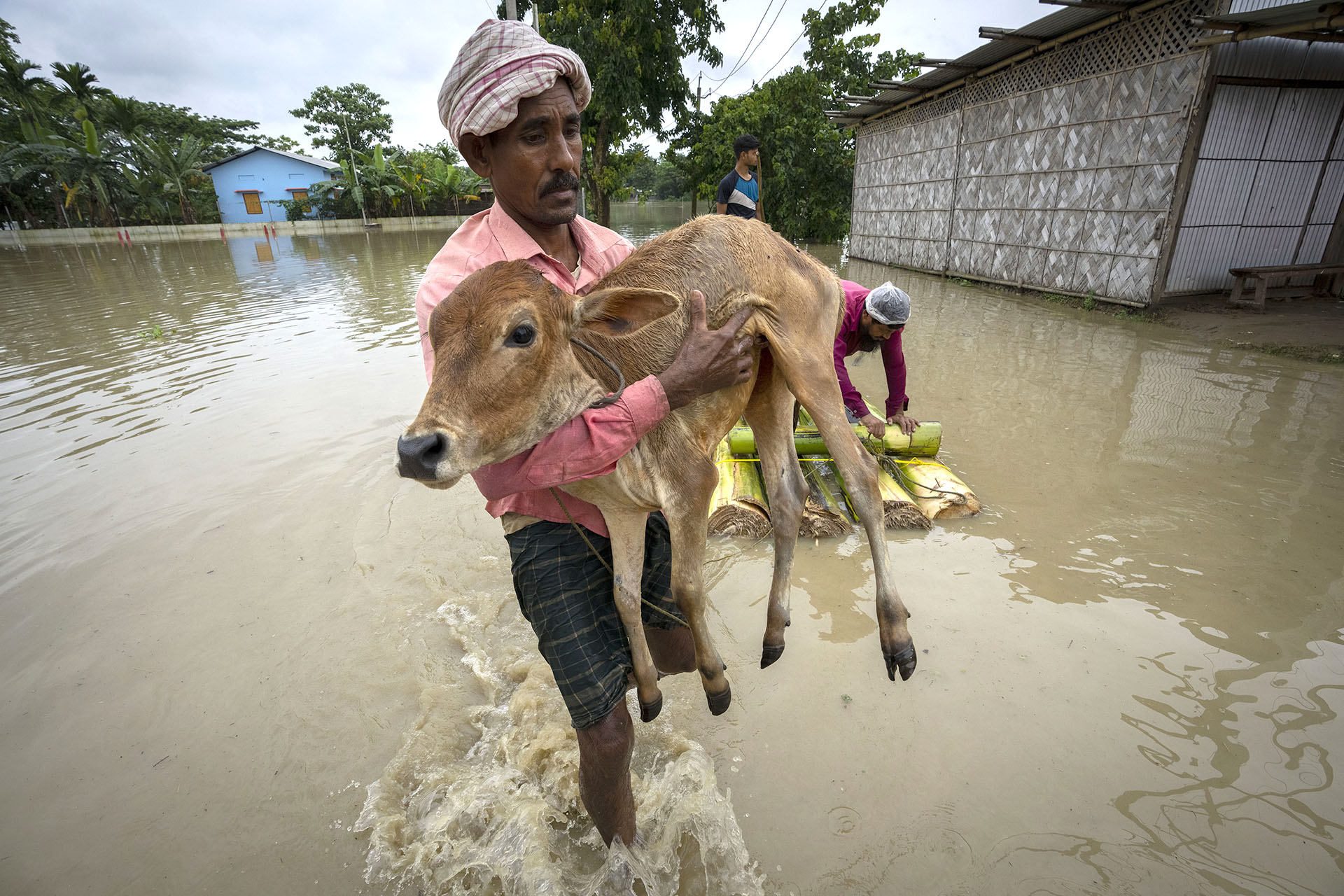 The Prime Minister of this state, Himanta Biswa SharmaHe told reporters that he had asked district officials to provide.All necessary assistance and rescue equipment“To the people affected by the floods.

The country’s third international airport, located in Sylhet in the northeast, was closed on Friday due to floods in Bangladesh. 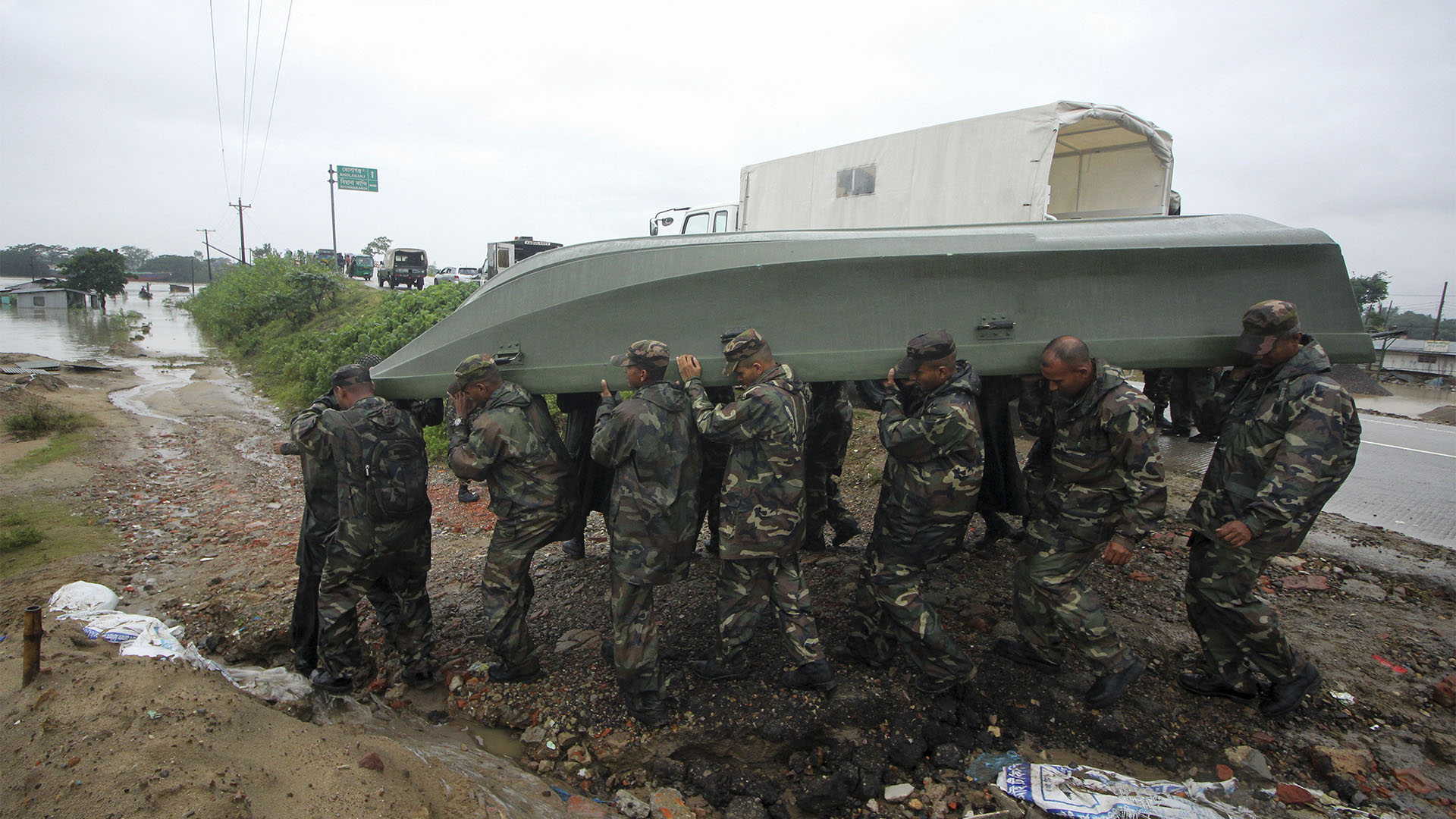 He said the situation in the region worsened on Saturday morning after heavy rains increased on Friday afternoon AFP Mosharraf HossainSylhet is the chief executive of the regional government. 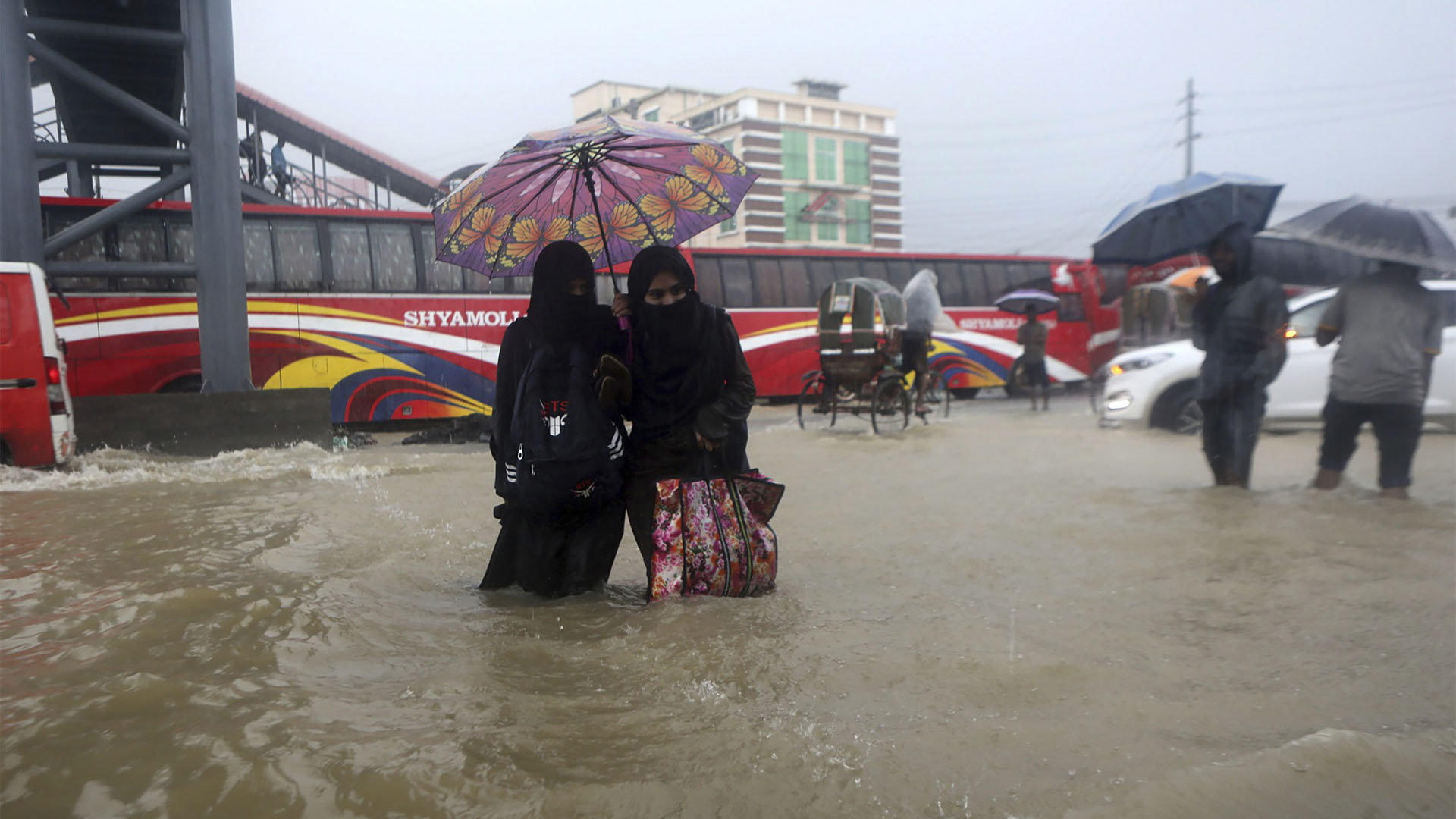 “The situation is worse. More than four million people have been affected by the floods“, He said, almost the entire region was without electricity.

According to the weather forecast, floods are likely to worsen over the next two days in Bangladesh and northeastern India due to heavy rains.

See also  The Volkswagen Tiguan is already made in India