Skip to content
Indian Ambassador to Argentina Dinesh Patia and Director of Ashtanga Yoga Palermo Kalu Quadrado inaugurated the AYUSH Information Center at the Embassy of India in collaboration with more than 60 yoga and ayurvedic organizations in Argentina.

On March 29, the Embassy of India kicked off the International Yoga Day 2022 celebrations. At the same headquarters of the embassy, Ambassador, HE Dinesh Patia, inaugurated the AYUSH Information Center, a summary of these medical practices practiced in India: aimed at promoting traditional Indian medicine worldwide by raising awareness about the fields of Ayurveda, Yoga and Naturopathy, Unani, Siddha and Homeopathy, AYUSH. Reflects. The basic focus of all these systems is on health, disease and treatment as a whole.

The event was Hosted by Thelma Ford And attended More than 60 schools and institutions dedicated to yoga and Ayurveda in Argentina and Uruguay.

What else, Minister of AYUSH of India Mr. By Sarpananda Sono Sent a video Visualized during the event. The Minister mentioned the activities of the AYUSH Embassy such as Implementing yoga in the Argentine Federal Police and the BSS Provincial Police. He noted Argentina’s great interest and admiration for Indian culture, its cuisine, philosophy, spirituality, yoga and Ayurveda. 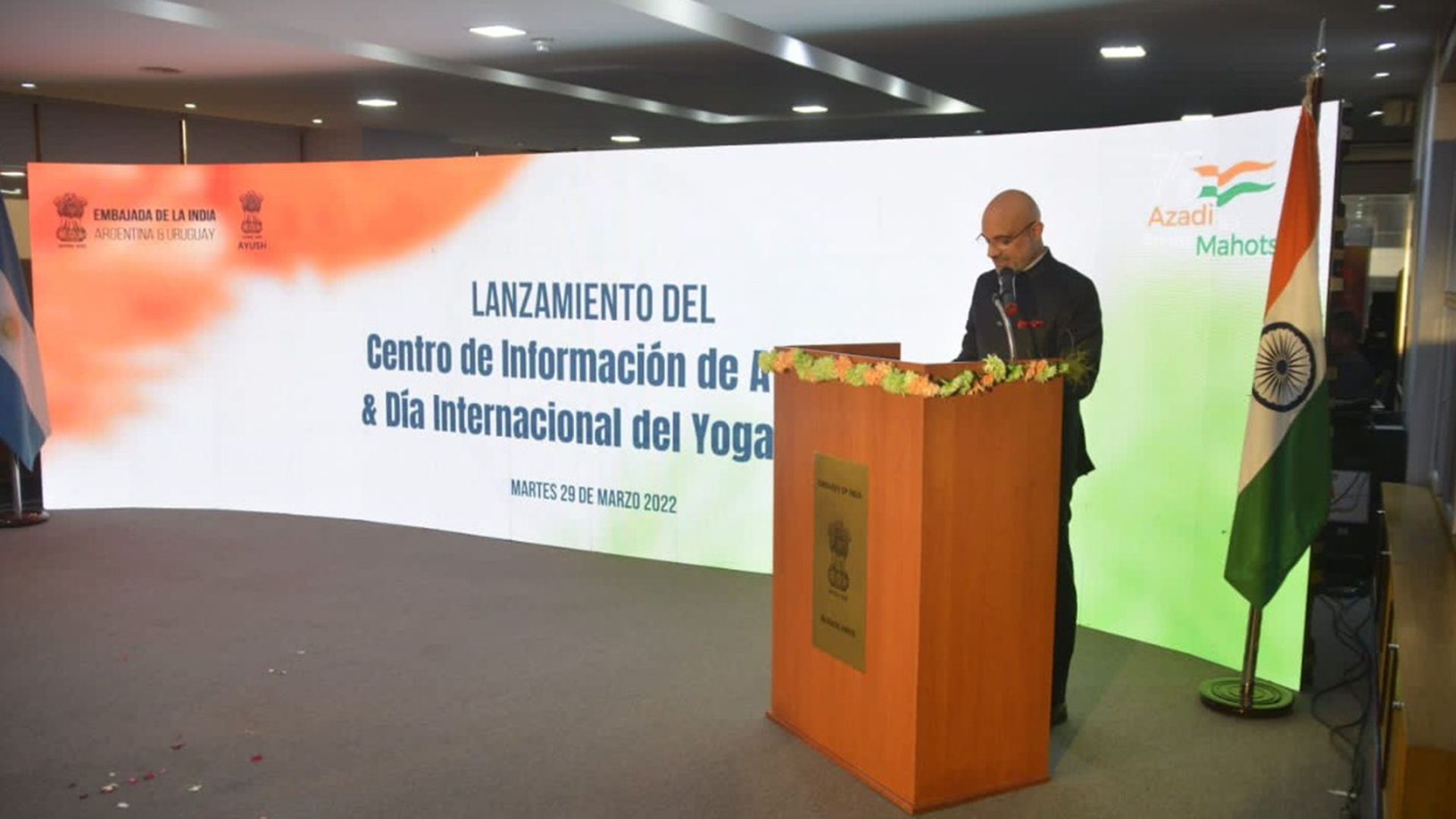 He thanked Ambassador Dinesh Patia for their initiative and assured that the AYUSH Information Center would stimulate knowledge about traditional welfare organizations in India. The Minister congratulated yoga and Ayurvedic students and experts in Argentina and Uruguay For their efforts and for all the support of the governments of the two countries.

On the other hand, key figures in these areas Jorge Ferra, Gustavo Consopre and Florence Cipriota Expressed themselves in this matter during the celebration. Also, The Kungoor Dance School Delight in the classical dance of Pushpanjali (Or flower offering) Call on the god Ganesha. 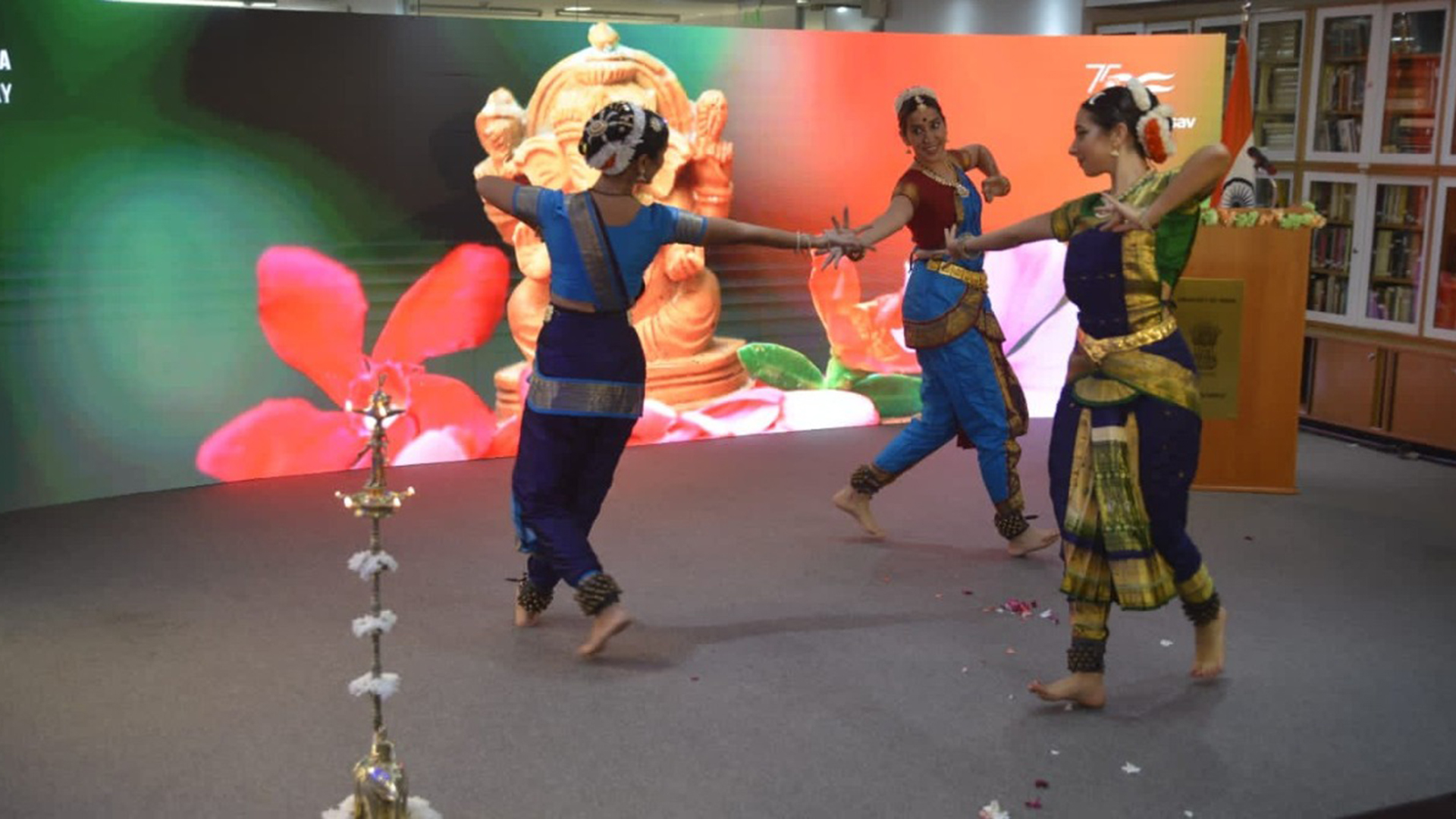 At the end of the celebration, participants were given a taste Regular Indian foodRepresentatives such as delicious dishes Samosa and knife rollsAnd such as sweets Burfi and Gulab JamunAmong others.

It was also announced The closing ceremony of International Yoga Day 2022 will take place on June 20Outdoor activities, exhibitions of Indian handicrafts and traditional Indian cuisine will be held.

International Yoga Day is a global event announced by the United Nations on June 21st Following the initiative of Indian Prime Minister Narendra Modi. Since its official announcement, a significant number of celebrations have been held in India and around the world. The Embassy of India in Argentina has been celebrating International Yoga Day since 2015. 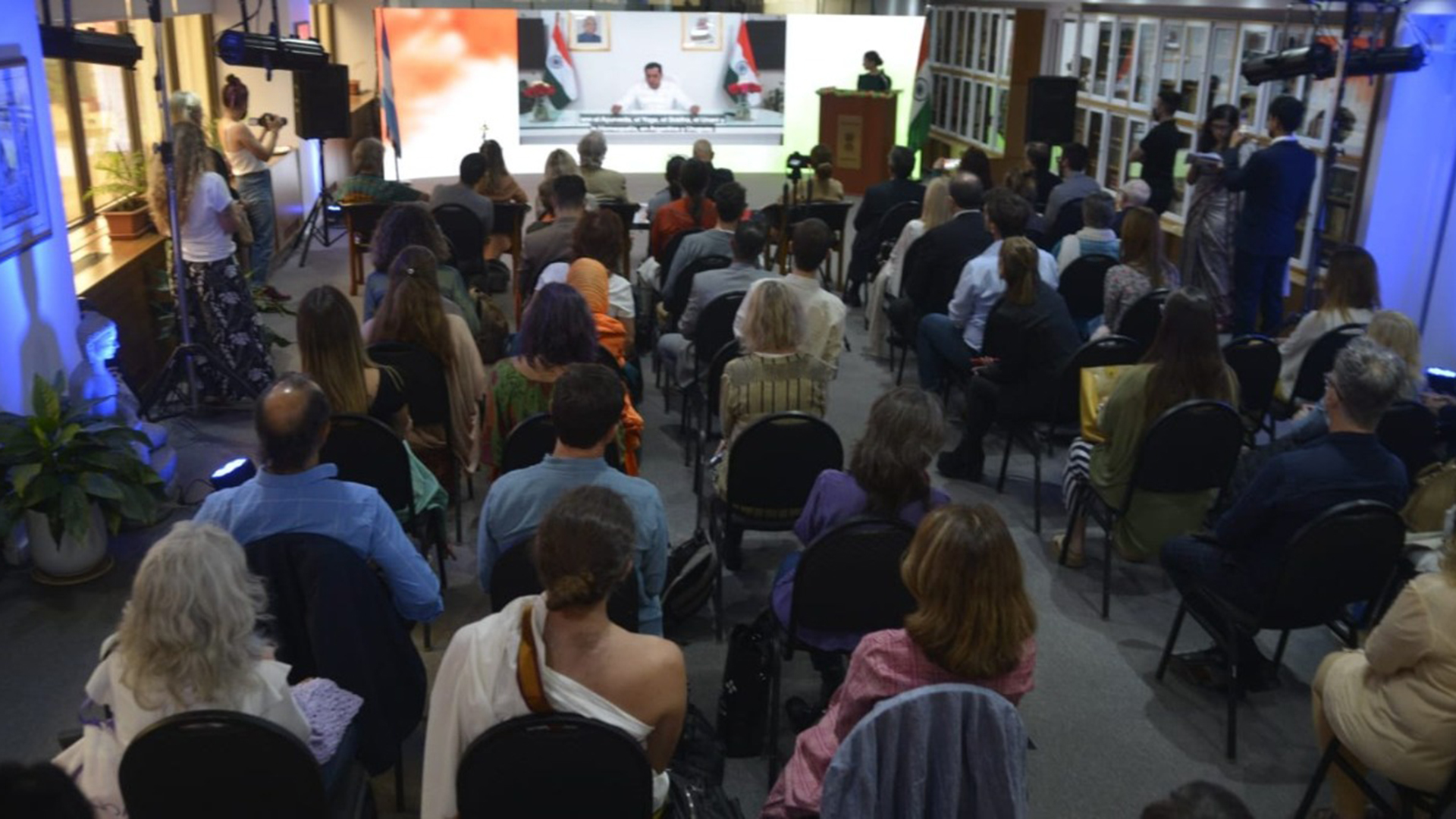 The event was held inside the Embassy and hosted by Thelma Ford (Courtesy: Embassy of India in Argentina)

In previous years, the International Yoga Day celebrations in Argentina received much interest and participation. Celebrations were held almost in 2020 and 2021, with more than 30 yoga schools participating in Argentina., Among other cultural personalities, in addition to celebrities such as Boy Olmi, Jujuy Jimenez, Thelma Fordin, Soledat Silveira. The content shared during the 2021 celebration reached 56,000 visitors. Hopefully they will return to normal this year.

In 1995, with the aim of optimizing and centralizing the development of these systems, The Department of Indian Medicine and Homeopathy (ISM & H) in the Union Ministry of Health and Family Welfare.. In 2003, the sector was renamed as the AYUSH Department. In 2014, the interest and relevance of traditional health systems increased and it officially became a ministry.

Yoga is an ancient spiritual discipline that originated in India. Based on the most sophisticated science leading to the harmony of mind and body. It is an art and science for healthy living. The roots of the word yoga are in Sanskrit, yuj meaning “unification”. 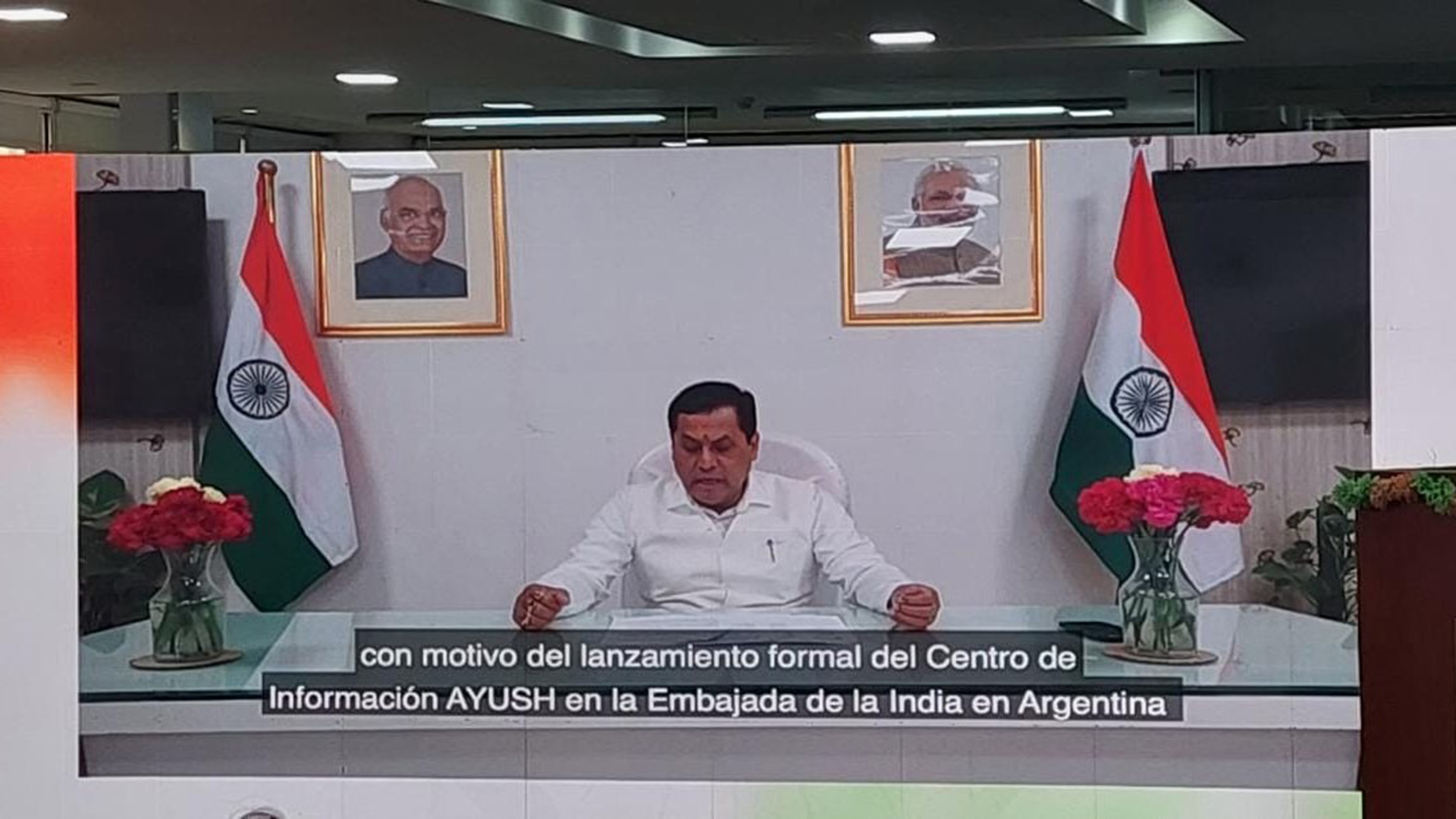 Minister of AYUSH of India Mr. Posted by Sarbananda Sono during the event (Courtesy: Embassy of India in Argentina)

It is considered an ancient science Also, according to the yoga tradition, Shiva is seen as the first Yogi or Adiyogi and the first Guru or Artiguru. Thousands of years ago, on the Gandhisarovar Lake in the Himalayas, Adiyoga gave insight into the ancient Saptarishis or the “Seven Sages”. These sages took their powerful yoga sciences to various parts of the world, including Asia, the Middle East, North Africa and South America. But it was in India that the yoga system saw its full manifestation.

Yoga has spread to all parts of the world from ancient times to the present day by the teachings of the best teachers. Currently, yoga practice has been proven to help prevent disease, maintain and improve health. There are many benefits to this discipline, it is constantly evolving and increasingly vibrant.

On Yoga Day, India almost celebrates this traditional ancient practice
Yoga at home: How this ancient practice provoked during isolation
Advice from Yoga and Ayurveda to strengthen immunity against corona virus