Principal Santiago cafiero The Foreign Minister of the Republic of India received this Friday in Palacio San Martin. Subramanian JaishankaraA personal audience with him and then a working meeting.

The Argentine Foreign Ministry said during the bilateral meeting “India’s Foreign Minister confirmed his country’s support for Argentina joining BRICS thereby strengthening and contributing to and Amplifying voices in defense of the interests of developing countries and the Global South; It becomes imperative in the context of global uncertainty and polarization Integrating Policies on Energy and Food Security”.

Thus, India’s support for Argentina joining BRICS adds to what China expressed through its Foreign Minister Wang Yi on July 7 during the G20 Foreign Ministers’ meeting in Bali, Indonesia. 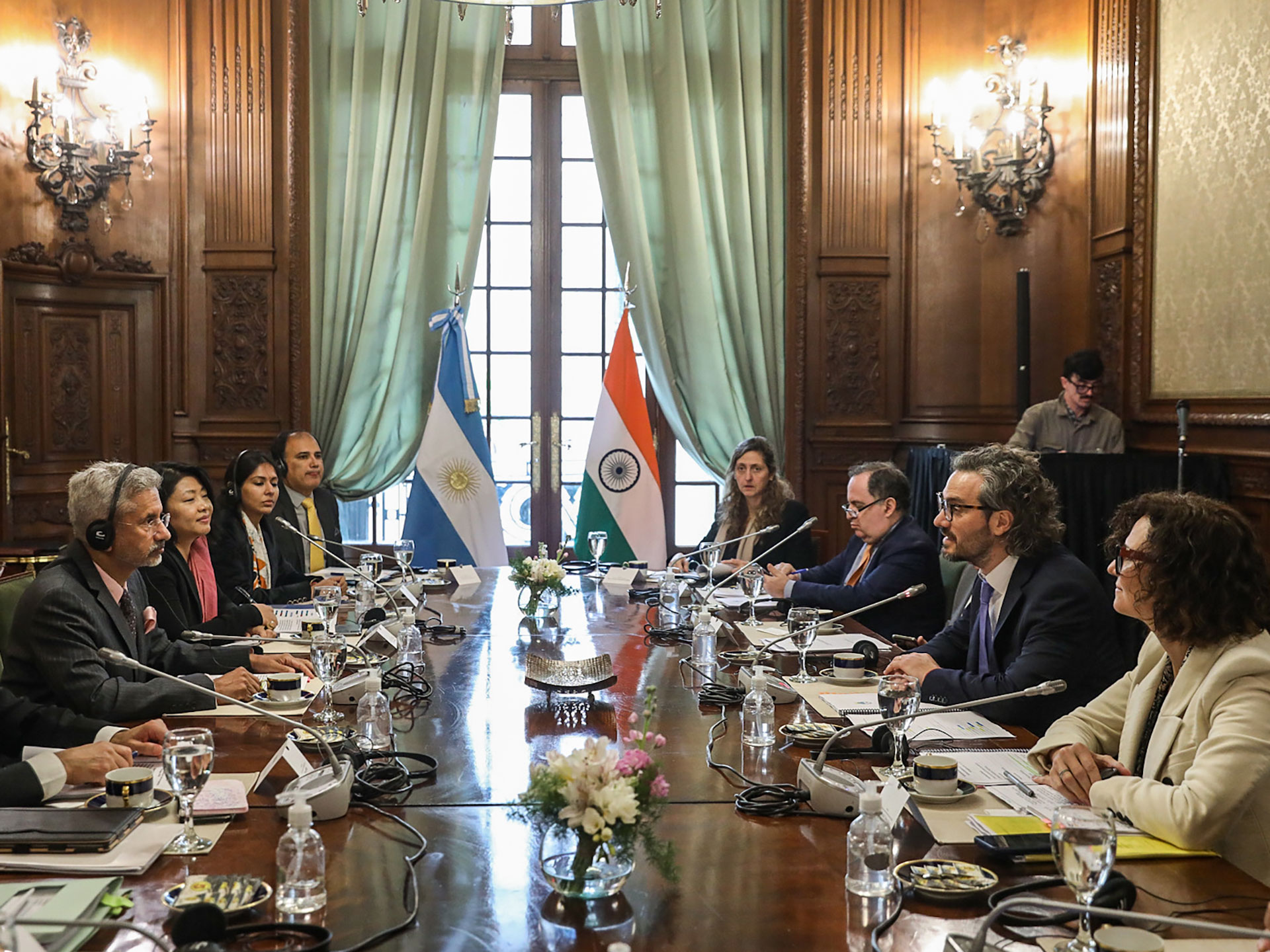 What is BRICS? The acronym refers to five countries: Brazil, Russia, India, China and South Africa, which constitute the bloc of emerging economies. With great potential in natural resources and significant growth in gross domestic product (GDP), it has positioned them well globally in recent years.

The group was formed in 2008 when they began to develop common approaches that would allow them to grow internationally. Originally it had four members and in late 2010 they joined South Africa. 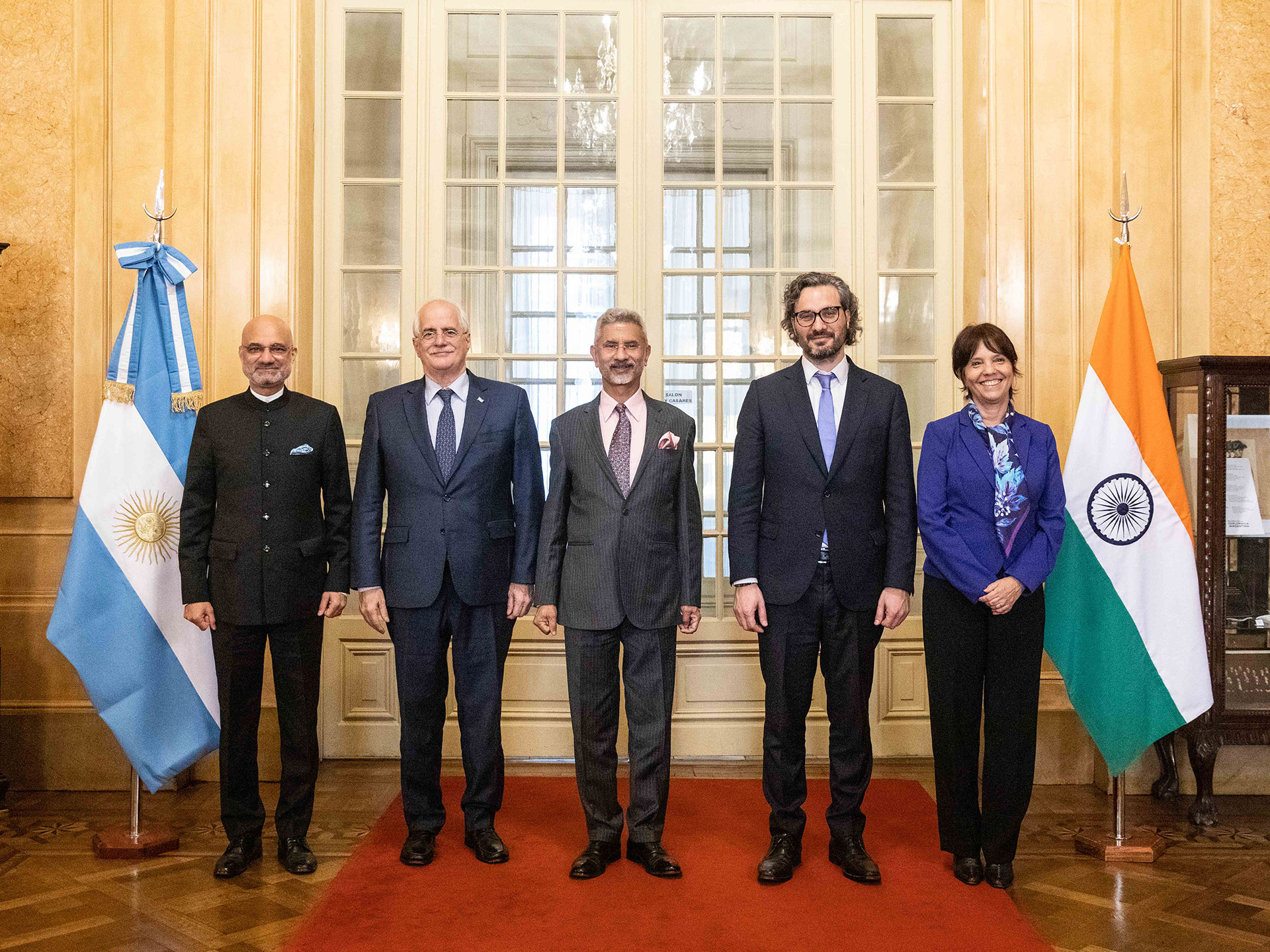 At the meetings held this Friday, Cafiero highlighted A Memorandum of Work and Cooperation was established by the two governments“Within the framework of the common agenda of expansion and integration, Argentina seeks Diversify with respect to export basket.

By 2021, mutual trade will reach a record level of over $5.6 billion, making India our country’s 4th largest trading partner. Globally (in terms of total bilateral trade), Brazil is the fourth destination of our exports, after China and the United States. The exchange could reach 7 billion this year at a time when Argentina needs to strengthen its dollar reserves.

In April this year, Kafiero visited India where he met Prime Minister Narendra Modi. There he agreed to expand soybean meal imports to 550,000 tons, a $220 million dollar business for our country. That link was strengthened at the G7 meeting in Munich, where Alberto Fernandez—who was invited to the summit—mainly because he was president of CELAC—was alone with Modi.

According to the Ministry of External Affairs, “This time both the ministers assessed Growing cooperation in high technologies (defense, peaceful applications of nuclear energy and space issues), and information and communication technologies (ICTs), food security, agribusiness; Apart from energy (gas and oil) and renewable energies and mining (lithium), the latter sectors Argentina is interested in promoting Indian investments”.

In this regard, at the end of the extended meeting, A Memorandum of Understanding on Cooperation in the Mineral Resources Sector, signed by Argentine Mines Secretary Fernanda Avila and Indian Ambassador to Buenos Aires Dinesh Bhatia. The exchange also made progress in undertaking collaborative work in the pharmaceutical sector.

Argentina’s diplomatic chief emphasized that the government wants to resume links between CELAC (Community of Latin American and Caribbean States) and the world’s second most populous Asian country with more than 1.4 billion people. 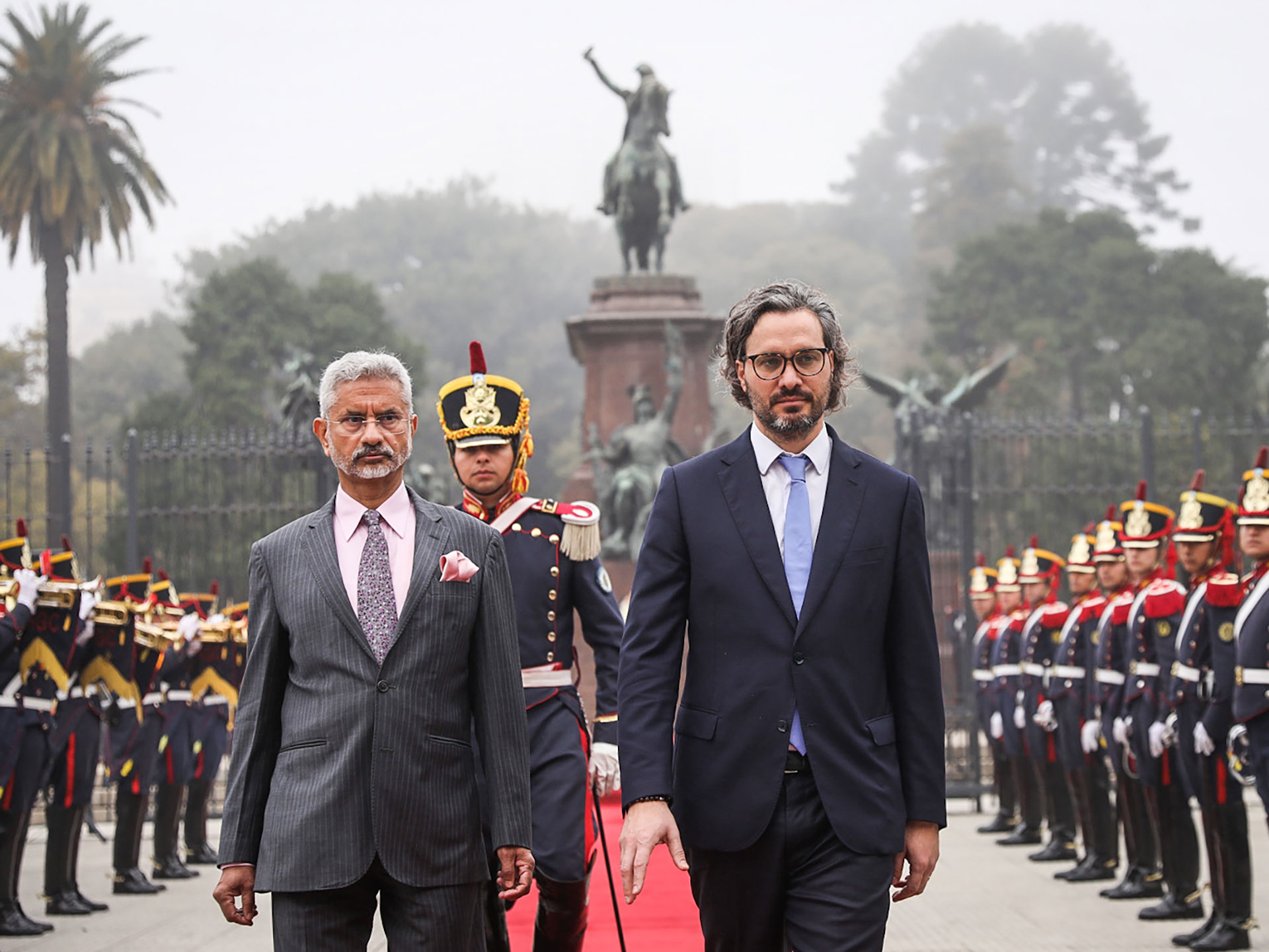 India was also thanked for its support in resuming bilateral talks between Argentina and the UK. For the negotiation and peaceful settlement of sovereignty disputes relating to Malvinas issueThis – according to the resolutions of the General Assembly – is the only way to put an end to this colonial situation.

See also  Thailand: A man tries to patrol India to see his wife, who has been separated by a Govt-19 infection. The world

Kafiro Subramanian agreed with Jaishankar after the Liberator General accompanied his Indian counterpart in the traditional floral offering to San Martin. New impetus for bilateral relations, especially from the meeting between President Alberto Fernandez and Prime Minister Narendra Modi Last June, during the G7 meeting in Germany, Argentina was the guest country. previously, In April, Khafiro was received in New Delhi by his colleagues and superiorsThere they made important breakthroughs in business matters.

On Thursday, the President welcomed Subramaniam Jaishankar at Casa Rosada Albert Fernandez, He discussed with him the progress of the bilateral agenda and reviewed the highlights of regional and global news.